George Fredrics became interested in the unusual subject of crooked gambling detection, following his experiences as a professional magician, while serving as a US Army Intelligence Officer, and as a result of his later work in the electronic security industry.

He worked for various casinos and other establishments where gambling took place, and was in high demand as a lecturer on the subject.

One of his most astonishing inventions was the Exposa-Scope, which was a device designed to enlarge and project full-color images of objects so that any irregularities, which could be exploited by dishonest gamblers to gain the advantage, could be readily detected. 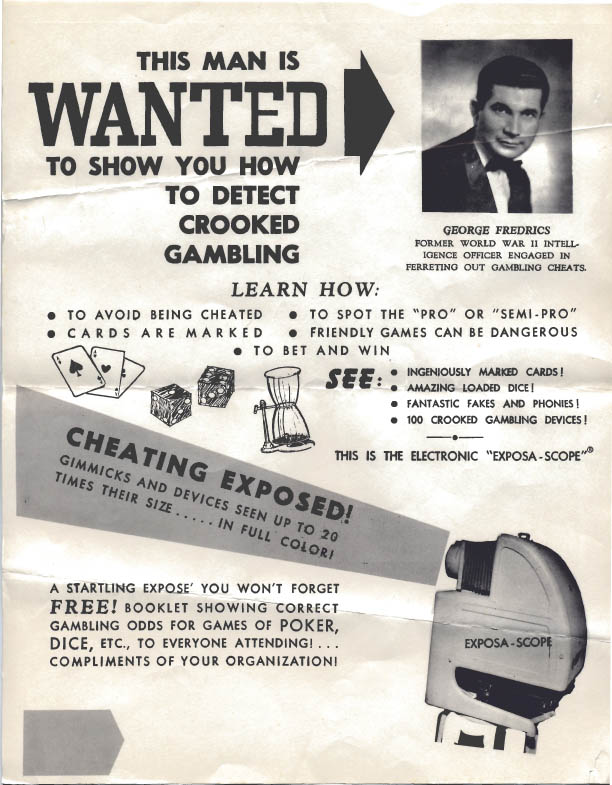